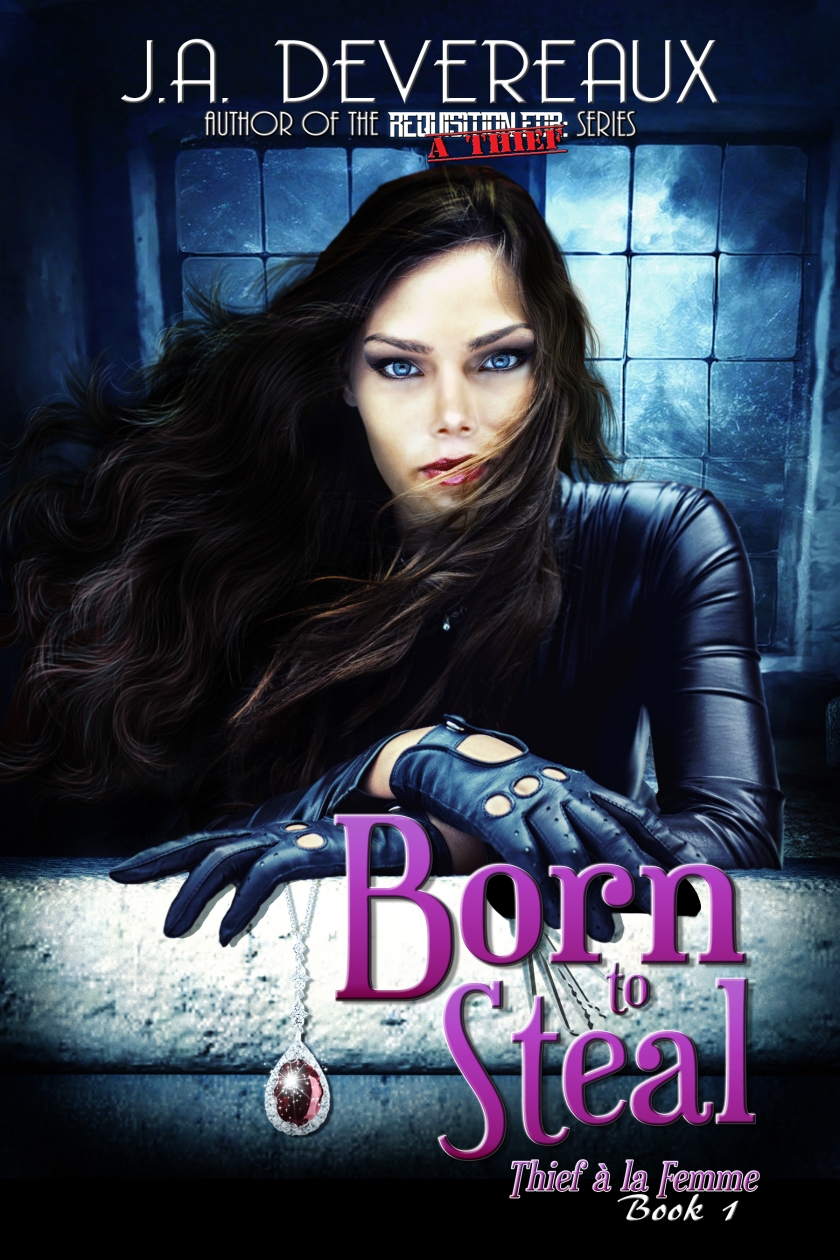 I honestly never thought I would … start a new series … or even write one other novel outside of the Requisition For: A Thief Series. Didn’t need to. Didn’t want to. All I ever wanted to write about was slick, hot, phenomenal international jewel thief Gregg Hadyn–the thief who finds redemption in stealing for the U.S. government. Not that he thinks he needs redemption. He’s happy with himself, comfortable in his own skin. That, I believe, is the pull, the draw of the storyline: Gregg learning to become just as comfortable in his new thieving role. And I will continue writing the Requisition For: A Thief Book Series (with Book 8 scheduled for an early 2019 release) until I die. Promise.

Nevertheless, I have branched out. Born to Steal – Thief à la Femme Book 1 has been written and is with my editor, Natalie G. Owens. Credit to Jeffrey Kosh, Jeffrey Kosh Graphics, for the phenomenal book covers–actually, for ALL the covers on ALL the books in the REQTHIEF series and the Thief à la Femme series.

So, what made me do it? What cajoled me into writing a brand new series?

A few of my fans had mentioned an interest in reading something which featured a female thief, after having seen my marketing videos on YouTube where I play a thief carrying out various heists–four of them, to be exact (check out The Heist – Part Four on YouTube). I thought I’d traversed that ground sufficiently in REQTHIEF – Book 4 – Out of the Grey, but it didn’t quite satisfy those fans. I thought long and hard about what they were asking for. Creating a totally different set of characters with no ties to Gregg was the only way I’d branch out with a new series. There was nowhere to go with Niki Grey, once she was tied to Gregg’s story. When this story, Born to Steal, began to evolve, I knew I wanted to give it a go. It’s been seven years since I started a story from scratch. It was compelling and challenging.

Because it had to take a different path, not the old “thief working for the government” concept, I needed to create a character, a thief, who my audience would fall in love with, same as my REQTHIEF audience did with Gregg. She had to have a redeeming quality, as well as be the best thief in the world. I hope I accomplished that.

I had intended to write this first book and then go back to REQTHIEF < 8 > – 13th Rule of Theft, but because of the monumental cliffhanger I felt I had no choice but to leave at the end of Born to Steal, I will be writing the second book in the Thief à la Femme series – thief. con  – before going back to REQTHIEF. As soon as I have a cover for Thief à la Femme Book 2, I’ll post it here.